Cattaneo Corporate Finance is delighted to have been shortlisted in three categories at the prestigious Midlands Insider Dealmakers Awards that take place at Birmingham’s Hilton Metropole Hotel on 22 September 2022.

The third nomination comes in the prestigious Deal of the Year Award category for the management buyout of ICP on which we worked alongside; NorthEdge, Santander, Browne Jacobson and Freeths. We provided corporate finance advice to the shareholders of ICP, including on their rollover into the new company. In addition, we provided project management support and debt advisory services to NorthEdge, securing a competitive debt package from Santander. Speaking at the time of the buyout Christopher Grakal, CEO, ICP said,

“The Cattaneo team have been working with us from the initial stages of the transaction and they were instrumental in delivering this deal. Their diligent and practical approach combined with their perseverance in driving the transaction was key to getting the deal over the line.” 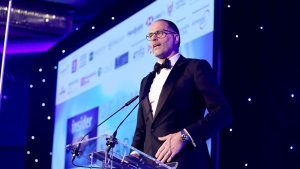 Cattaneo Corporate Finance, which advises on both private and public company transactions with values up to £75 million, specialises in advising on acquisitions, disposals, fund raising, management buy outs and other private equity transactions. Recent completed and announced 2022 transactions on which it has advised include the £12.6m sale of Linea Research to Focusrite plc, the acquisition of Profoil by the Q19 Group and the public takeover of Arden Partners by The Ince Group. With a strong pipeline of transactions in process the Cattaneo team is looking forward to further growth in its business.