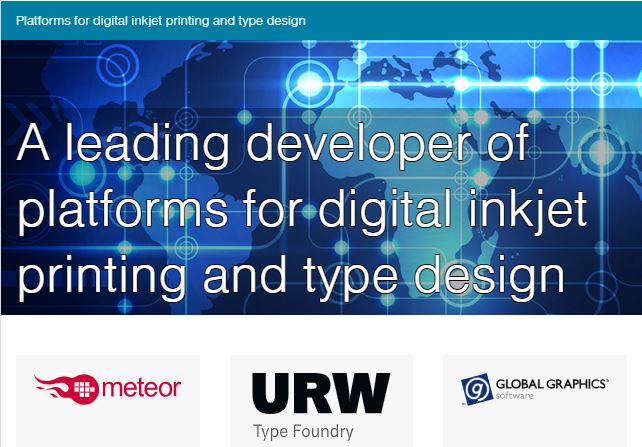 Cattaneo, has advised the board of Global Graphics PLC on the €50m mandatory public takeover bid in cash from Congra Software S.À.R.L..

Global Graphics, based in Cambridge, UK, is a leading developer of platforms for digital inkjet printing and type design and development under the Global Graphics, Meteor and URW brands. Customers for digital inkjet technology include press manufacturers such as HP, Canon, Durst, Roland, Hymmen and Mark Andy. Those for font design include numerous international brands, from manufacturers such as Mercedes Benz and Siemens, to digital media and e-publishing companies.

Congra is a Luxemburg registered holding company which, through its subsidiaries, develops and sells enterprise software for the graphics arts industry. Its subsidiaries trade primarily under the name of HYBRID Software, selling solutions including Cloudflow and Packz.

With Global Graphics’ shares being listed on Euronext in Brussels but headquartered in the UK, the takeover bid is being jointly regulated by the Belgian FSMA and the UK Takeover Panel.

The takeover bid was triggered by the acquisition by Congra of shares in Global Graphics taking its shareholding in Global Graphics above the 30% threshold which, under both UK and Belgian takeover rules, required Congra to make a mandatory offer, in cash, for the remaining share capital.

The Cattaneo team comprising Charles Cattaneo, Martyn Pilley and Matt Jones advised the board of Global Graphics on the financial terms of the offer from Congra. The Cambridge office of Mills & Reeve provided legal advice to Global Graphics along with the Brussels office of Liedekerke Wolters Waelbroeck Kirkpatrick, while Congra received financial advice from KBC Bank and legal advice from Allen & Overy in Brussels.

“The Cattaneo team’s in-depth knowledge of public company transactions was immediately apparent and allowed them to quickly get to grips with the nuances of the unfamiliar joint jurisdiction approach. They provided clear advice to us on the terms of the takeover bid and assisted the board in formulating its response to the bid as included in the circular posted to shareholders.”

“While we regularly act for companies under the UK Takeover Code this assignment required us to apply our expertise in a cross border, joint jurisdiction environment, utilising familiar principles but under the framework of the Belgian Takeover Act and Belgian Takeover Decree, as regulated by the Belgian Financial Services and Markets Authority.”